I’ve done it, pushed out my boat on to uncharted seas and voted for Jeremy Corbyn to be leader of Britain’s Labour Party. I thought I should do it before the notorious ‘they’ took away my chance to vote because I wasn’t a genuine Labour supporter. I support Corbyn because of the policies he wants to push through, policies that used to represent the Labour Party. It was what was ‘genuine’ about Labour. But no more.

The media are totally obsessed by Labour’s leadership elections, and all due to the ‘leftwing’ candidate Jeremy Corbyn. Without him it would have been one big yawn, of no interest to anyone but the inner circle. With him as a candidate, people are suddenly thinking and talking about politics – real politics and real conversations. Like many of my generation I’ve done my best to vote in general elections, having seen a fair number of them. I have never belonged to any political party and when voting, my choice was made on the current situation, the constituency I was living in, and the individual candidate rather than the party he/she stood for.

And like many others I always considered myself as being somewhere in the middle. There were some conservative policies I could agree with, just as there were some labour policies that were worth supporting – and please note the absence of capital letters there. But over the years, while I stayed in that same political space, everything moved way to the right of me. I am not alone in this, though it’s taken until now for many political commentators to recognise what’s happened. This is another good reason why many of us want Corbyn to lead the Labour Party.

We are so tired of hearing him and his policies being described as ‘far left’ or ‘hard left’. If the policies he is putting forward aresupported by the majority of people (which they are), then surely that would make the UK ‘far left’? And we’re not. Like many states we have our prejudices and what can appear to be very right-wing views. But…

The majority of people also want many things that will add to the public good. We want none of our treasured National Health Service to be in private (aka corporate) hands. We want an end to the ‘austerity’ measures hurting so many countries across the world, put in place by the World Bank, the IMF and the corporate greedy wanting to hoover up our national assets. 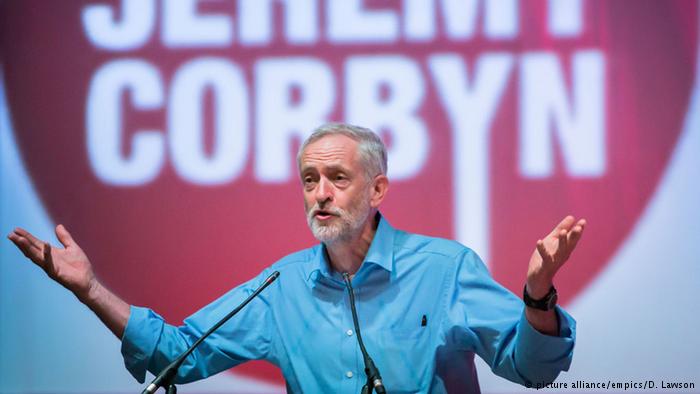 In a wealthy, and let’s face it, self-satisfied country like the UK it hurts to find so much poverty and homelessness, so much callous treatment by authorities that are paid to look after us. In the last few months I have met a carer of the housebound elderly and disabled paid so little that he is living in someone’s garage; a disabled woman on the verge of committing suicide because of the cuts to her benefit payments; and a policeman whose wages couldn’t, through no fault of his own, cover his rent and other expenses, and who, on the advice of his Sergeant, had to make use of a food bank.

We the majority want to see an end to the UK possessing nuclear weapons. We want peace, not war. We want dialogue, not insults. We want our transport system to be back in public ownership. We want the same for our energy supplies. Why should we pay for electricity or gas when the profits go to a corporate foreign company, and when the tax payer subsidises the infrastructure? Why should our housing market be dominated by rich investors when people can’t afford the rent, let alone the purchase price, of basic accommodation for themselves and their families?

At the moment the parliamentary Labour Party, as opposed to Party members, local councillors and unions, is fighting tooth and nail not to recognise any of the above – except for leadership candidate Andy Burnham, who keeps playing catch-up on Corbyn’s announced policies. It does not bode well that supposedly serious leadership contenders are reduced to crying “Well, I want to do that too!”

The Party does not want to admit that, in its efforts to be in the ‘centre’ (‘Tory-light’, or as Scotland describes it, ‘red Tory’) it has seriously misread public opinion. It has failed to listen to its members; it failed to listen to all those people who left Labour after a lifetime of being committed to the Party because of Blair’s lies about Iraq and his government putting corporate interests before the interests of the people.

In constantly reminding people that Blair ‘won three elections’, it refuses to see that with each election fewer people turned out to vote and the last election was won on the votes of around 22 percent of the electorate.

The Blair years, despite Blair’s government enacting some very good policies, were inherently dishonest. All the major party figures were guilty of lying about one thing or another. It was not just a case of the ‘dodgy dossiers’ used to force a case for invading Iraq. As one example: David Miliband, scheduled to make a ‘come back’ speech just after the leadership election, when Foreign Secretary made several statements to Parliament along the lines of:

The last was backed by Gordon Brown, as Miliband and the FCO fought to stop the Binyam Mohamed evidence being made public. And the evidence in the Baha Mousa inquiry made it clear that the UK was not only complicit, it was instructing its soldiers in torture techniques.

I am not saying that only Blairite MPs lied to Parliament. There have been several occasions in the last 5 years of Tory MPs being guilty of the same behaviour. And the majority of the public find this offensive, particularly when the lies cover up UK actions resulting in the death and displacement of countless people. Under an inherently honest leadership, as Corbyn’s would be, such actions would not take place; and there would be far more transparency, something many voters would welcome. 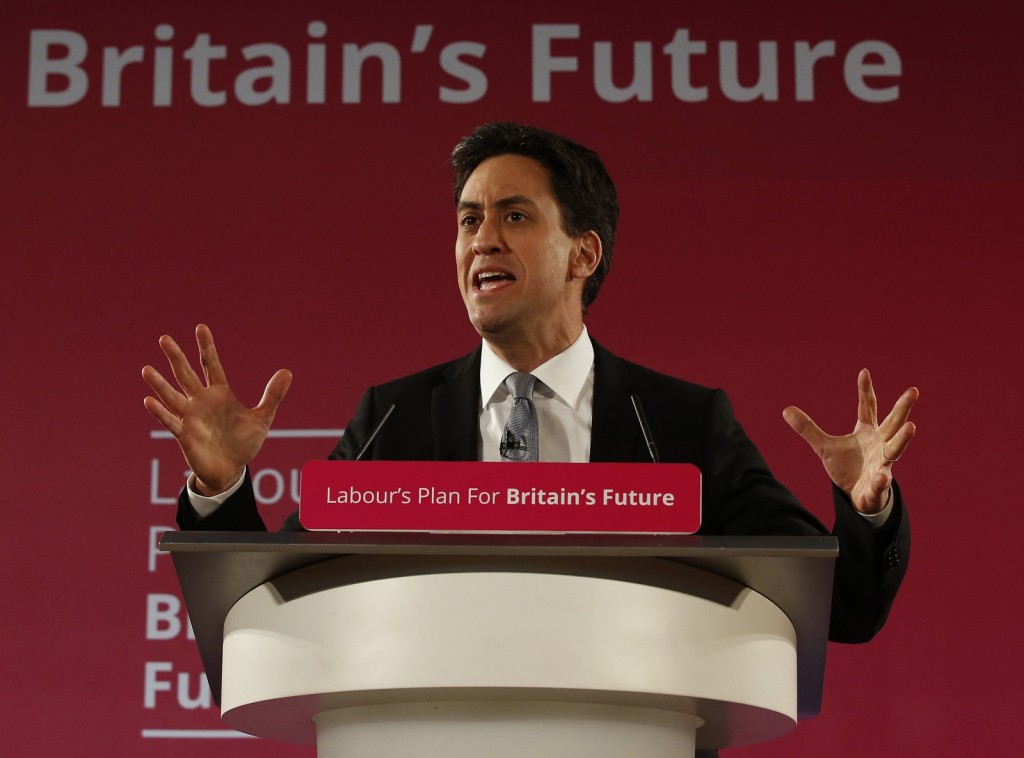 Yet thousands of people wanting to vote in this election, including some long-standing but vociferous Party members, have been told they can’t vote as: “We have reason to believe that you do not support the aims and values of the Labour Party.” The fact that it appears to be only those who would vote for Corbyn are being taken out demonstrates the absence of any respect for democracy by those at the top of the Party.

And ‘values’? To quote candidate Yvette Cooper’s campaign literature: “Let’s stand up for our timeless Labour values, take on the Tories, and change the world…” What aims and values would those be then?

Because, to the public it seems that it is the MPs who head Labour that no longer support Labour values. How else can you interpret their abstention when they were asked to vote on the Tory Welfare bill last July? Too cowardly to vote with the Tories and too gutless to vote with their conscience (as Corbyn and his colleagues did) and join the Scottish National Party MPs in voting it down, they allowed the Bill, with all its inbuilt cruelty towards the powerless poor, to pass into law because they wouldn’t vote at all.

That single act has shown Britain that the Labour Party has lost its way, lost sight of its founding principles, lost its soul. Apart from Corbyn, all the leadership contenders abstained, and they want to lead the Party? To what end?

Given the chance, and backed by the people, Jeremy Corbyn and his team might help the Party, and the country, retrieve those principles. And maybe that could get rid of a lot of rubbish politics along the way.

Labour used to stand for something; it was a people and social justice focused party opposing the Tory property and money focused party. And here is something that the Labour grandees, the Blairites and the politicians who want power rather than good governance have utterly failed to understand. For all their hostility towards Corbyn, their desperate digging up of the past in the hope they will find something to trash his reputation as an honest, decent and committed man, in the end it would not matter if he personally wasn’t the leader of the Party. All the people and Party need is someone to head the move to a caring and peaceful society.

Corbyn’s presence in this election has shown one thing – that there are thousands of UK citizens looking for a better society, a fairer world. That is something they ceased to hope for when none of the main parties offers it. ‘Right’ or Left’, all we are presented with is some form of austerity. What everyone backing Corbyn is voting for is a hope, and it is surely Corbyn’s hope too, that whatever happens after the election, whatever turmoil, quarrels and infighting the MPs see fit to indulge in, the Party itself will emerge reformed, led by its membership and supporters, and espousing the ‘timeless’ values and social vision that is needed for our country’s future.

When you think about going on holiday, Asia may not be the first place you think of. Yet, it has many beautiful places you must visit! Here is an amazing list of 20 places in […]

Virginia gunman followed TV station’s order to seek outside help, boss says The television news reporter who shot dead two former colleagues during a live broadcast complied with an order from management that he seek […]

German Chancellor Angela Merkel says “Europe as a whole needs to move” on how to deal with refugees and migrants arriving in the EU. “If Europe fails on the question of refugees, then it won’t […]