Can craft beer really be defined? We’re about to find out

Next month, possibly in a secret underground bunker, but more likely in a pub, the leading lights of new wave British brewing will meet to do something that, so far, beer geeks have found impossible. They willdefine what craft beer is in the UK.

This attempt by the new United Craft Brewers (UCB) to codify craft is essential in their mission to, “promote and protect the interests of British craft brewers, their beers and beer enthusiasts.” UCB has been established by the scene’s big guns – Brewdog, Beavertown, Magic Rock and Camden Town Brewery are among its founders – but, nonetheless, and despite the upbeat “Hey guys!” tone of their first public statement, I cannot help but think they have set themselves a thankless task, and a pointless one. 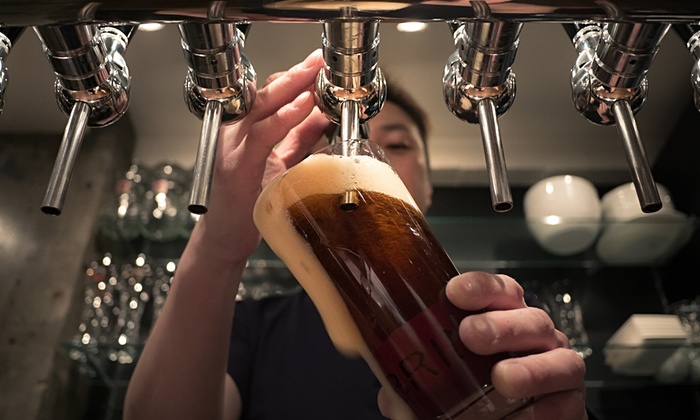 Defining what is and isn’t craft beer is notoriously difficult. You cannot restrict it to a list of ingredients, like the historic German purity laws, because modern brewers want to use everything from coffee grounds to chillies in their beers. You cannot define craft beer in terms of how it is packaged, as Camra did with real ale, because it already comes in cask, keg, can, bottle and – who knows? – probably Tetrapak cartons and PET bottles soon, too. Nor is an ambitious company such as Brewdog (it is poised to hugely increase its brewing capacity and already owns 35 bars) likely to signup to something that restricts craft breweries to a certain size, be that in terms of volume production – as craft breweries are primarily regulatedin the US – financial turnover or diversification of the company’s interests.

Yes, a definition of craft could outlaw certain practises, such as the addition of cheap adjuncts such as corn and rice to beers, or pasteurisation, but even that would run contrary to the spirit of craft which has, repeatedly, overturned the shibboleths around beer. Tell a craft brewer you cannot do something and, invariably, they will come back next week with a flavour-packed beer that proves you can. Craft beer is antithetical to rules. Even those things which UCB should logically demand of its members (a ban on third-party contract brewing; no-membership for “small breweries” that are owned / funded by multinationals), would pose immediate issues for its founders. Brewdog is about to (albeit as a one-off stunt), effectively contract brew a beer in the UK on behalf of the US brewery Stone while fellow UCB founders James Clay distribute Founders’ beers, a company 30% owned by Mahou San Miguel.

You can see the thinking behind UCB. Loads of big breweries are piling into the sector with sub-standard beers that trade on the language and design of craft. They are cashing in on a scene they did nothing to cultivate and exploiting a cachet they have not earned. If left unchecked, some argue, they will devalue, if not destroy, what craft – in terms of encouraging experimentation, craftsmanship, big flavours, a quality product – has achieved. In principle, trying to stymie that infiltration is a good thing. Except that, legally, how will you ever stop big breweries using the term “craft beer”? And what if Guinness or Molson Coors suddenly produced a stunning mass market beer? It is unlikely, but not impossible.

Being ultra-cynical, moreover, at a point when tiny microbreweries are multiplying like wild yeast, UCB could be seen as an attempt by its founders to portray themselves as the defenders of the true craft faith, precisely because it will give them a timely marketing boost. True, UCB is being promoted as an inclusive, collaborative entity, but, in the short term, it is more good publicity for a group of established breweries that already dominate UK craft beer. For instance, if some of the gloss has recently come off Brewdog, UCB will help reassert its legitimacy.

Technical problems aside, however, I cannot help but think that any attempt to define craft beer is a retrograde step. The great thing about the craft upsurge is that it has made beer fans question everything. After years of lazy real ale dogma (cask beer is morally superior; lager is evil), flavour has become the paramount issue in beer. That is craft’s one guiding aim: the maximisation of flavour. You do not need to know how the beer is made. You just need a mouth and a modicum of curiosity. Just trust your tastebuds.

The obvious danger in trying to definecraft beer – in turning this subjective byword for quality into something objectively quantifiable – is that such innovation will be swapped for the pettifogging of a UCB rulebook. Even now, some Camra militants will defend the most boring brown bitter, simply because it is a regulation, box-ticking cask ale. People like rules. They like simplicity. They like not having to think. Define craft beer and it can only encourage a similarly conservative mindset.

Will some breweries knockout ersatz craft beers? Of course. Will some people be fooled by them? Naturally. But only until they try the genuine article, which, given the unprecedented growth of craft beer, is only a matter of time.

Fundamentally, beer fans may not be able to define craft beer, but they certainly know what it is when the taste it. Do you agree? Or do you think the formation of the UCB is long overdue?

Rich And Famous Who Were Once Homeless

America’s most famous psychologist once lived in a car with his father. Kevin Winter / Getty Images According to BusinessPundit.com, when Phil McGraw (Dr. Phil) was 12 years old, he was homeless and living in […]

9 Surreal Places You Need To Visit

“Unbelievable”, “bizarre”, “surreal”, “dreamlike”, “out of this world”… These are just a few words you can’t help using to describe the places featured here. A lot of this scenery resembles something out of a surrealist painting. Some of this awesome […]

iPad Pro, new Apple TV and iPhone 6S handsets unveiled Apple has unveiled a larger iPad tablet, a TV box with its own app store and new iPhones that can detect how firmly their screens […]