The biggest business news story of the week came out late Monday, when Silicon Valley-based search giant Google announced it would convert itself into a new corporate structure under a parent company called Alphabet Inc.

While it seems a strange move at first blush, beneath the surface it makes a lot of sense considering the company is trying to hive off its core search, advertising and mobile businesses from its more experimental units.

The tantalizingly named Google X division is where Google keeps what it calls its moonshots — self-driving cars, drones, life sciences projects and many more. That may be where the company’s future lies, but for now the investment community views them as a drag on the shares because they cost a lot of money without taking in a lot of revenue for the moment. 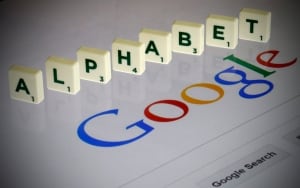 Splitting the divisions off from each other makes the company more transparent, and shines a light on just how profitable is Google’s advertising cash cow. It also makes it easier to acquire and spin out new companies, and should help lower the company’s tax bill.

Whatever the reasons, most analysts cheered the move as a step in a positive direction. “I think this is just a more coherent way for them to actually do new and different things without having to be tied in the box of search,” consultant Grayson Bass told Amanda Lang this week.

Another major financial story this week came out of China, where Beijing may have started what some are calling a currency war by allowing its currency, the renminbi, to be devalued.

Unlike many currencies, the value of the RMB (or “yuan” as its known colloquially) doesn’t go up and down like the Canadian dollar, based on investors’ perception of the country’s economy. Rather, the yuan is worth whatever China decides on any given day because of a peg to a basket of other international currencies.

That’s because the move makes Chinese exporters more competitive on the international stage, and makes it more likely that other exporting nations will follow suit or risk falling behind.

“A country can get a short term benefit by cheapening its currency, that’s probably true,” investing guru Jim Rickards told us this week. “The problem is it doesn’t do anything for the world as a whole and the benefits are temporary because it’s just a matter of time before the other guy shoots back.” Coke fights back with science

Coca-Cola Ltd. made headlines this week after an Ottawa-based obesity expert uncovered the fact that the company was bankrolling a research institute trumpeting the questionable scientific view that a lack of exercise is the main culprit to obesity, not diet — such as the sugary drinks that Coke sells.

Coke has been bankrolling a group called the Global Energy Balance Network, which funds science into the effects of exercise on human body weight. In general, the group’s research backs the view that the real culprit of weight gain is lack of exercise, not what people are eating and drinking.

“For me the words energy balance is a red flag in the context of obesity,” Dr. Yoni Freedhoff told us this week. “The fact of the matter is it’s not a fair balance and we can’t outrun our forks very efficiently.”

Freedhoff said the scientific consensus is that energy input matters far more than energy output when it comes to weight. At best, exercise slows down weight gain.

Those were just some of the great stories we brought you this week. Be sure you check out our website often for more and don’t forget to follow us on Twitter here. In the meantime, here’s a day by day list of our most-viewed business stories.

Signup for our automatic newsletter